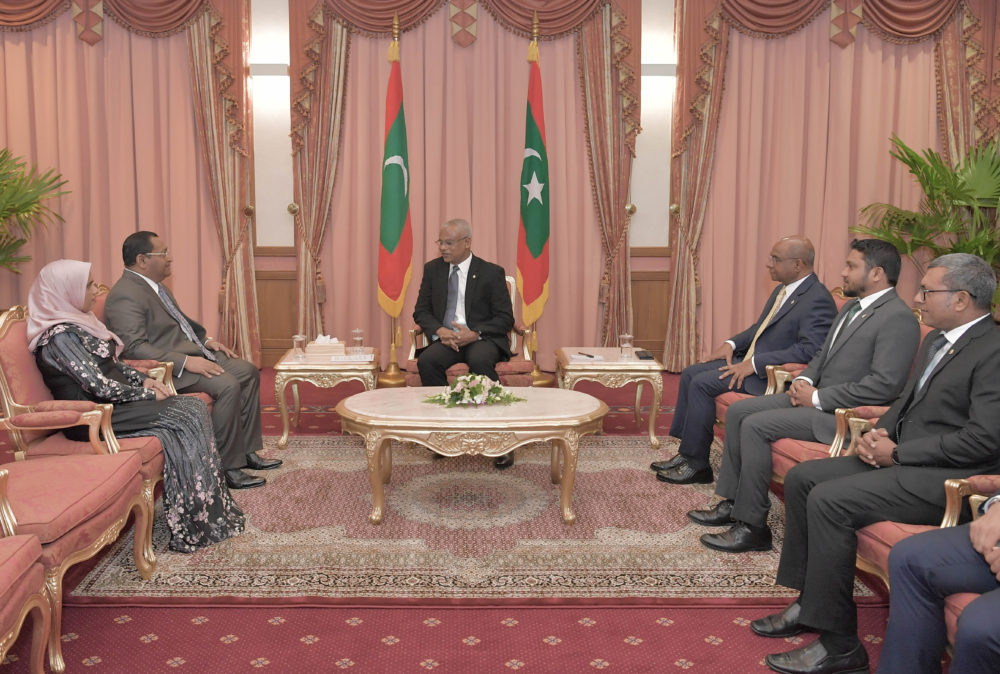 to the People’s Republic of China and the Kingdom of Saudi Arabia respectively. The accreditation ceremony, in which both ambassador-designates were presented their letters of appointment, was held at the President’s Office, this afternoon.

Ms Aishath Azeema previously served as deputy ambassador of the Maldives to the United Kingdom in London, and in various senior capacities in the Ministry of Foreign Affairs, including as an Additional Secretary and Joint Secretary.

Mr Mohamed Khaleel has previously served as the Maldives the High Commissioner and Acting High Commissioner to Singapore. He attained his Diploma of Environmental Law and Policy at Jawaharlal Nehru University, India.