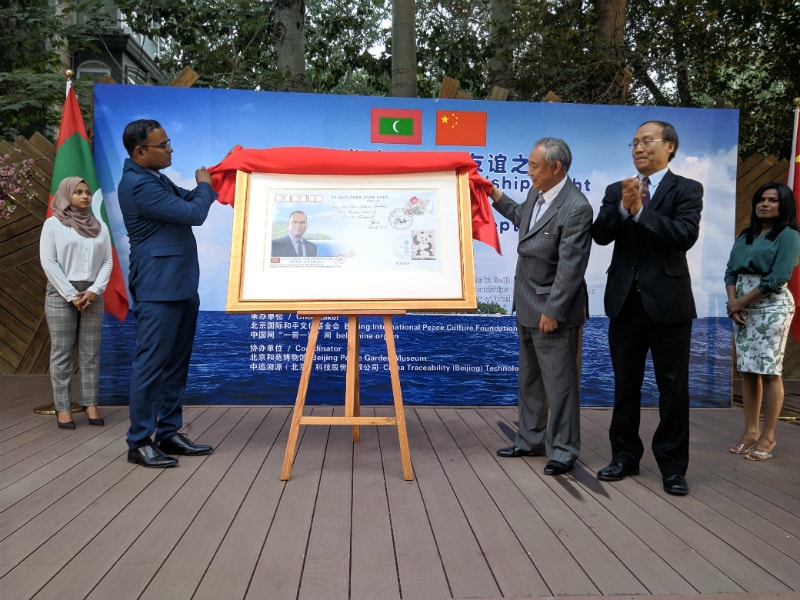 Outgoing ambassador @mofaisal12 was given a warm farewell by Ambassadors and friends during Maldives – China Friendship Night. China Philately Association released a special envelope to commemorate his service as Ambassador un China. China and the Maldives signed 12 documents, including a free trade agreement, to boost cooperation in such areas as economy, health, infrastructure and finance on Thursday.

The agreements and memorandums of understandings were signed as President Xi Jinping and visiting Maldives President Abdulla Yameen witnessed while at the Great Hall of the People in Beijing.

According to the documents, the two countries will enhance cooperation on jointly developing the Belt and Road Initiative.